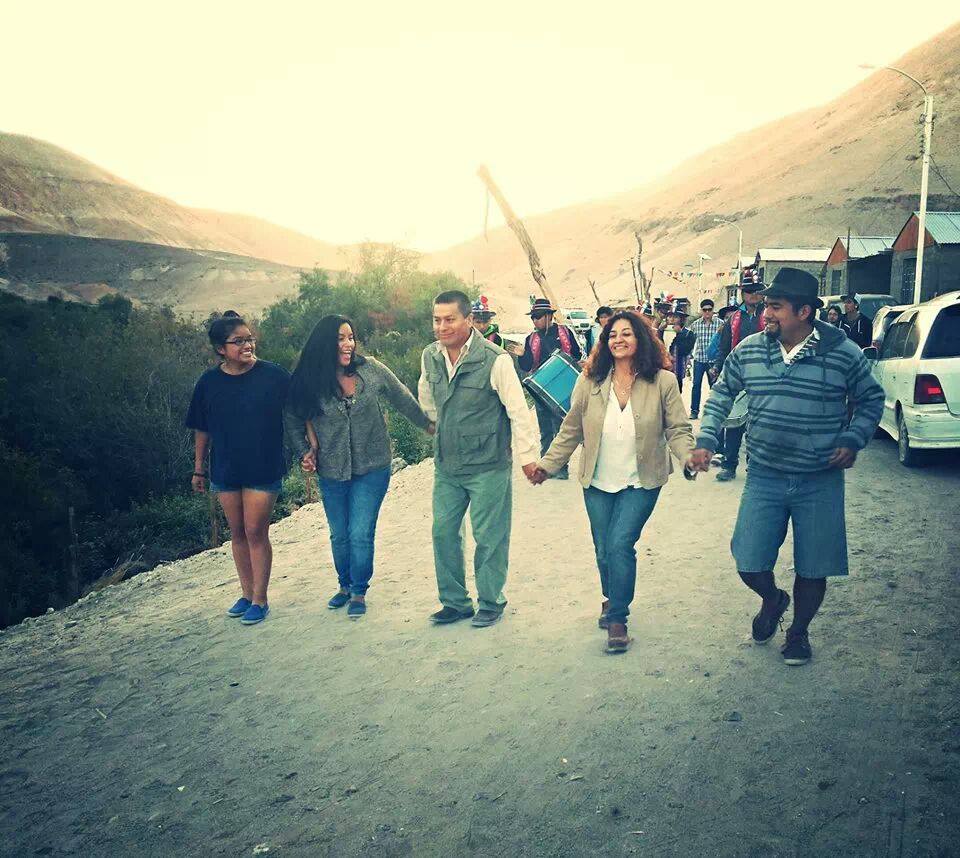 Our family, Alvarez Alday, comes from one of the original families of the town of Huasquiña, the Perea Rios. The grandparents were Don Antolin Perea and Porfiria Rios. They had 12 children of which there is a long list of descendants of this family.

Hector Álvarez together with his brother and cousins grew up in the town since they were children, going through endless experiences in their childhood and youth. Together with Anne Alday and their children, they continued to visit the town and learn about the culture of Huasquiña.

From the grandparents, the culture of work, care and respect for the people, together with their customs, celebrations and the community, was transferred to the whole family.

We are a family that aims to:

"Rediscover the routes of our ancestors, paying homage to the original peoples of the Tarapacá region for their sacrifice in the conquest of the desert."

During the 2000s, Hector Alvarez, together with a group of friends, founded the group "Cabalgata de San Andrés de Huasquiña". This group was born as a command of faith with the employer. This command consists of carrying out a parade in the month of November of each year, which begins or ends in the town of Huasquiña. For the year 2019 the 10th parade will be held.

This has given us the experience of facing the pampas, day and night, the ravines, the sun and thirst. In addition to recovering the routes of our ancestors.

Some of those routes: