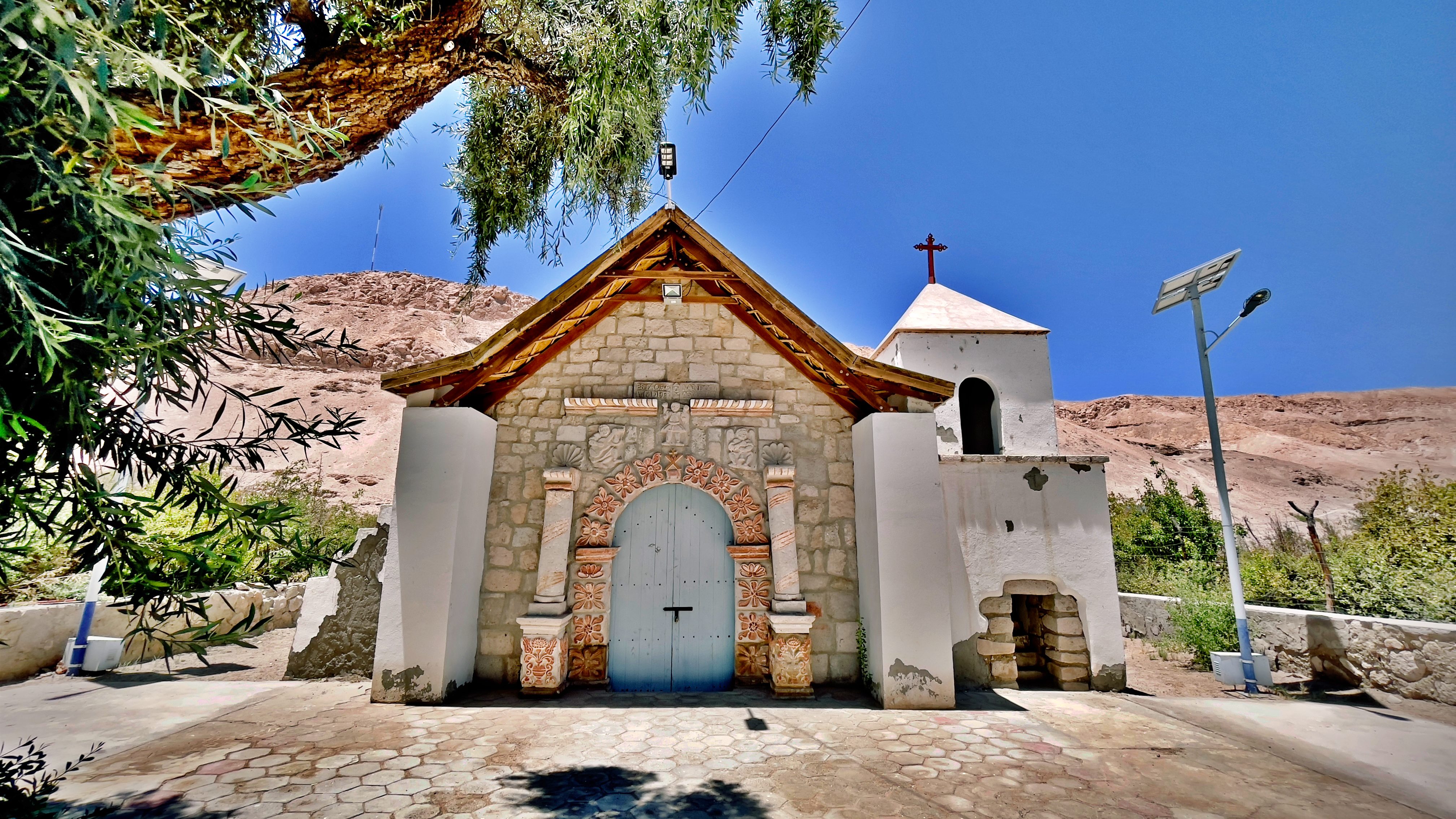 Its construction dates back to the year 1752, according to the inscription at the entrance and rebuilt in 1885 date inscribed in the upper voussoir or key of the window located in the front wall. The architectural style can be considered within what is known as Andean Baroque, manifested in the front of the church, especially the stone decorations that adorn the entrance arch. One-nave building with a rectangular floor plan without attached rooms, its walls are made of stone and mud stucco, with a gabled roof covered with rough straw, an atrium delimited by a stone band.

In 1985 he had an intervention in which structuring elements of reinforced concrete, filled with stone and mud were added. The tower was semi rebuilt. As a result of the earthquake of 06.13.05, it suffered damages of different severity: the sacristy and the baptistery were completely collapsed, while the frontispiece and front wall are fractured. The facade suffered the detachment of carved stones and the side walls are cracked. Sources: Directorate of Architecture of the Ministry of Public Works and Council of National Monuments Report "Damages caused by the Earthquake of June 13, 2005 in constructions of patrimonial value of the I Region of Tarapacá", July 1, 2005.

In the Andean Baroque style, the church has a nave with a rectangular plan, with an attached bell tower. Its walls are made of stone with mud stucco, while its gabled roof is made of rough straw. The atrium is delimited by a stone band. 1 It has a polychrome wooden altarpiece . 2